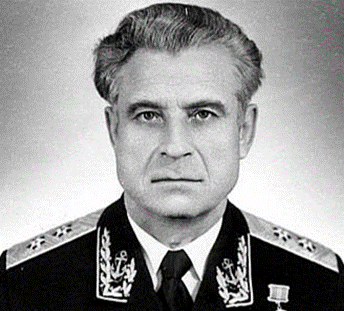 The reason why I can write and you can be reading this very text is as simple as that on October 27th, 1962, Vasili Alexandrovich Arkhipov prevented with his vote the launching of a nuclear torpedo during the Cuban Crisis, thay might have started a Nuclear Final War. This man saved the World.

Vasili Alexandrovich Arkhipov (30 January 1926 – 19 August 1998) was a Soviet Navy officer credited with casting the single vote that prevented a Soviet nuclear strike (and presumably all out nuclear war) during the Cuban Missile Crisis. Such an attack likely would have caused a major global thermonuclear response which could destroy much of the world. As flotilla commander and second-in-command of the nuclear-missile submarine B-59, only Arkhipov refused to authorize the captain’s use of nuclear torpedoes against the United States Navy, a decision requiring the agreement of all three senior officers aboard. In 2002 Thomas Blanton, who was then director of the US National Security Archive, said that «Vasili Arkhipov saved the world».